Cedric’s School was started by chance rather than according to a plan. One day in 1979 British settler Cedric Whittemore, who farmed in the Limaposa Ward near Kitwe, was approached by a Zambian man looking for work. Cedric was not looking to employ anyone, but he was a generous-hearted employer, so he put the man to work shovelling manure for the day.

He later discovered that this man was a trained teacher who had lost his job in a government school because of a misdemeanour. Cedric decided immediately that he would keep this man on to teach the many children of his employees who roamed around his farm. So school began with a blackboard and easel under a tree, with the children sitting on the ground.

In time Cedric yielded to pressure from the neighbouring farmers to enrol other children. He put up a permanent two-room classroom building and over the years the school was opened up to any children, as long as they lived the area. Two classes were accommodated in this building and the rest remained under the trees. When it rained, they crowded onto the verandah and continued their lessons there.

In this way the school ran for many years until the early 2000s when Cedric obtained a grant from the Dutch Government to build six more classrooms. The school was basic — there was no electricity, no running water, and few books, but it was functional, and it served a very obvious need. No fees were charged and Cedric covered the running costs from his own pocket.

As Cedric grew older, he and his family realised that they could not afford to keep the school going in the way they would have liked, so after some years of negotiation, Limapela Development raised funds and purchased the School in November 2009. It was renamed it The Limapela Cedric’s School, as the Foundation wanted to honour Cedric and continue his legacy. Cedric died in Kitwe in October 2016. 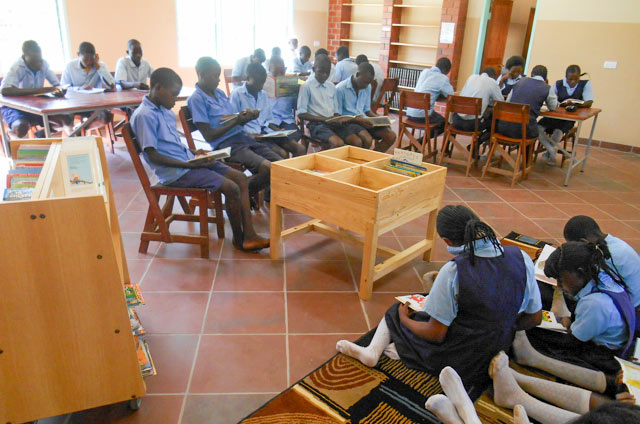 Since 2009, thanks to our many generous donors, educational standards and facilities have improved to a level not usually enjoyed in poor communities. Electricity was connected in 2012, bore holes were drilled for both school and community use and a children’s playground constructed by volunteers from New Zealand.

Grades 8 and 9, the first two years of secondary education in Zambia, were started in 2011-12, and two classrooms were built in 2013 for this fledgling secondary department with the help of a grant from the Beit Trust. Two more buildings were later constructed for the secondary department, also with grants from the Beit Trust. These buildings include a library, a well-equipped computer room and a science lab.

A modern ablution block was completed in 2014 with funds donated by Rotary International, and in 2019 funding from several private donors in New Zealand and the USA was used to install solar panels, solar pumps and additional water tanks. This has made it possible to store a plentiful supply of water for continuous use, even when mains power is interrupted.

Over 400 children are now enrolled at Limapela Cedric’s in preschool through Grade 9, under the care of 15 teachers employed by Limapela Development. 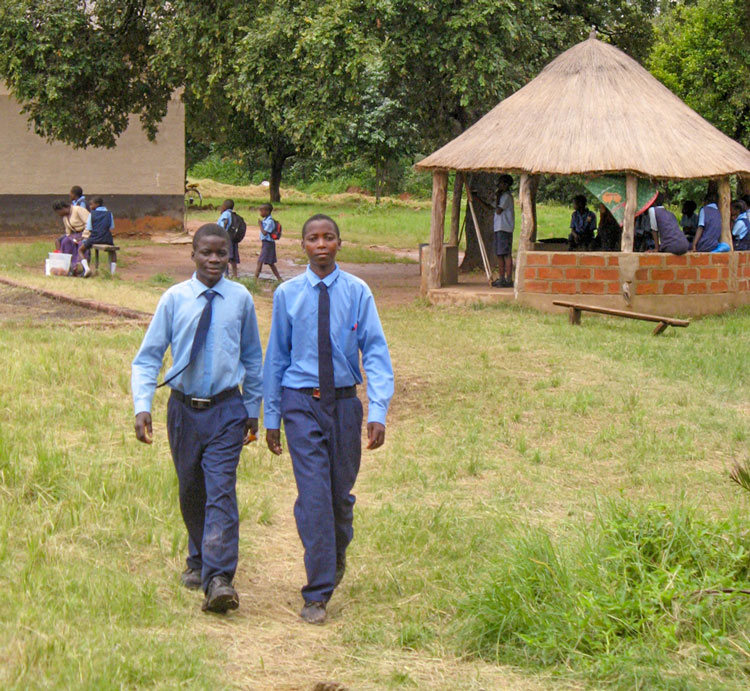 It is the desire of the community that the secondary department be extended to Grade 12 level. For this to happen, more buildings are needed, both at secondary and at primary level. We have plans for a three-classroom lower primary building with construction envisaged to start in 2022. Six more classrooms will be needed for an extended secondary department. Enrolment is therefore likely to increase eventually to a maximum of around 700 students.

Schools are never finished. Educational needs are ever-changing, and the aspirations of evolving communities should prompt ongoing evaluation of the staus quo. The city of Kitwe is growing fast, and as Limapela Cedric’s School is just outside the city limits, the time could come when the surrounding area is no longer rural farmland. We see signs of gradual but steadily rising socio-economic levels in the community. Limapela has an overriding commitment to poor communities, so as living standards increase, the role of Limapela Cedric’s will need to be reviewed.

Running costs are funded largely by our Fee Sponsorship and Salary Sponsorship Programmes.